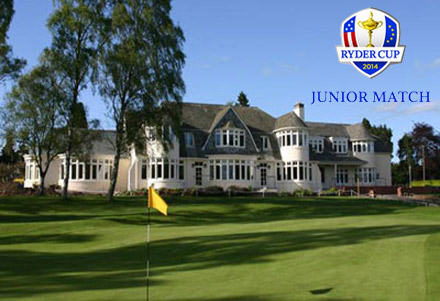 Blairgowrie Golf Club in Perthshire, Scotland, has been chosen as the venue for The 2014 Junior Ryder Cup between Europe and the United States – the official announcement made by Shona Robison, Scotland’s Minister for Commonwealth Games and Sport, during this year’s Johnnie Walker Championship at Gleneagles.

A 40 minute drive from The Gleneagles Hotel where The 40th Ryder Cup will take place from September 26-28, 2014, Blairgowrie’s stunning Rosemount Course will now, earlier that month, showcase the best in junior golfing talent from both sides of the Atlantic.

It will mark a return to Perthshire for the match which was staged at The Gleneagles Hotel itself in 2010 and continue the Scottish influence on the biennial contest which sees former Amateur Champion and Walker Cup player Stuart Wilson of Forfar – who was also in attendance at the press conference, alongside Ryder Cup Director Richard Hills and Blairgowrie Golf Club Captain Allan McKay - take on the role of captain for this year’s match at Olympia Fields in Illinois from September 24-25, as well as for the 2014 contest.

Founded in 1889, the original Rosemount Course at Blairgowrie was designed by Dr Alister McKenzie, the renowned architect of many golfing masterpieces around the world including Augusta National in Georgia, home since 1934 to the Masters Tournament.

Redesigned in 1930 by James Braid, Rosemount has played host to a number of prestigious professional and amateur tournaments over the years and was the scene of Greg Norman’s first European Tour victory in the 1977 Martini International tournament where the then 22 year old Australian held off the challenge of South African Simon Hobday and England’s Howard Clark, now a commentator on Sky Sports, to win by three shots thanks to a fine closing 66.

Rosemount’s forgiving fairways are compensated with large and undulating greens providing a testing but rewarding challenge and Club Captain Allan McKay admitted that everyone associated with Blairgowrie Golf Club was already looking forward to welcoming the juniors.

“It is an honour for the Club to be selected to host such a prestigious event,” he said. “We look forward to welcoming the most talented junior golfers from Europe and the USA to our championship course and I know they will enjoy the spectacle of the challenge posed by The Ryder Cup format.” 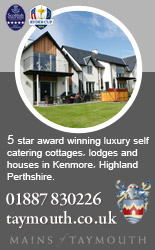